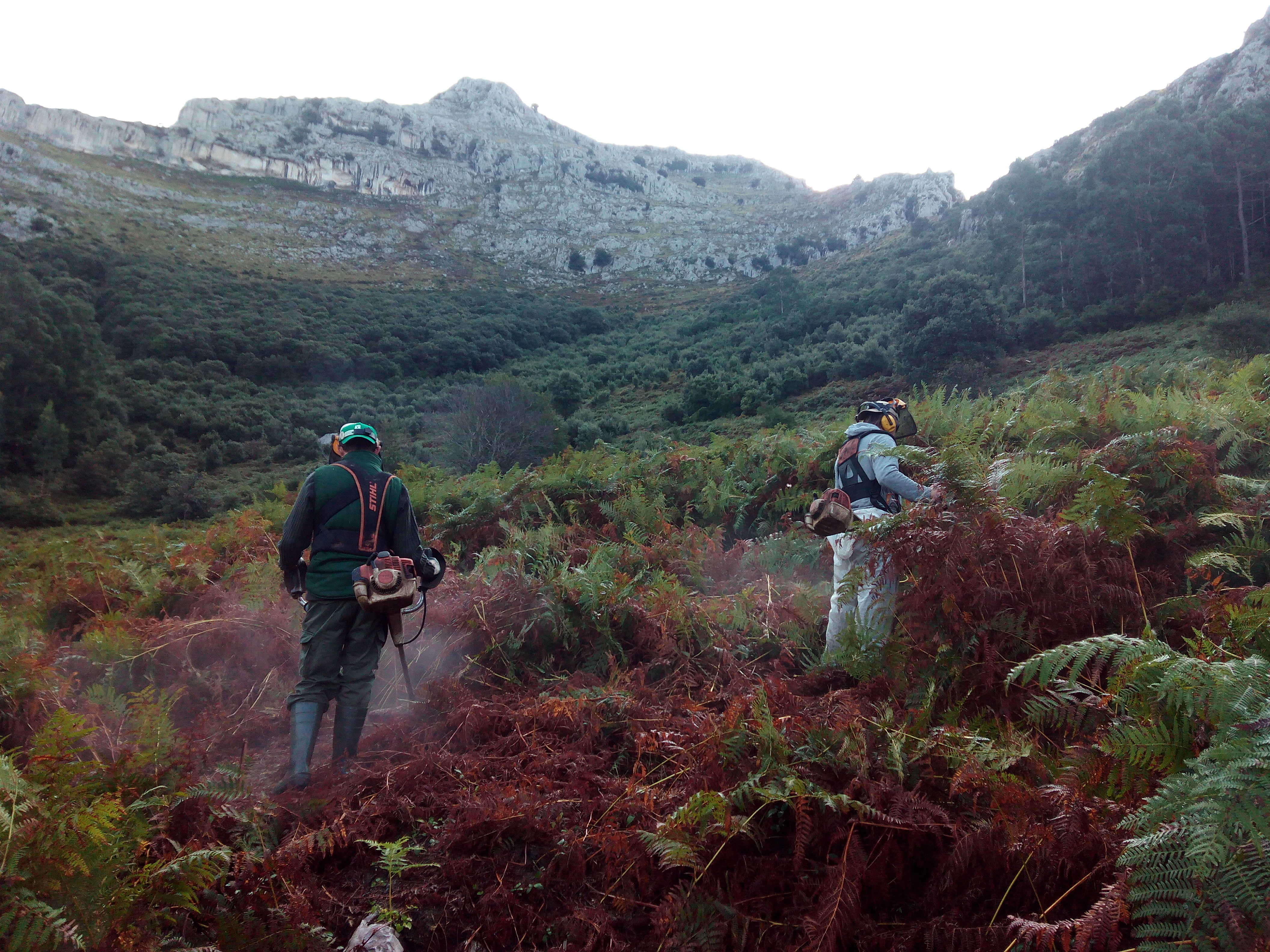 The objective of the Pteridum project was to analyze the economic viability of controlling common fern populations (Pteridium aquilinum) in a circular economy system adapted to climate change in the Cantabrian Mountains, and reducing forest fires caused or favored by their presence by controlling their expansion in an environmentally respectful way. In addition, some active ingredients have been obtained from the plant’s residue as a result of the elimination of the fern, such as ecdysone and its ecdysteroid counterparts, and studies have been conducted on the economic profitability of its commercialization for use as a biologically insecticide that is both economically profitable and ecologically proven.