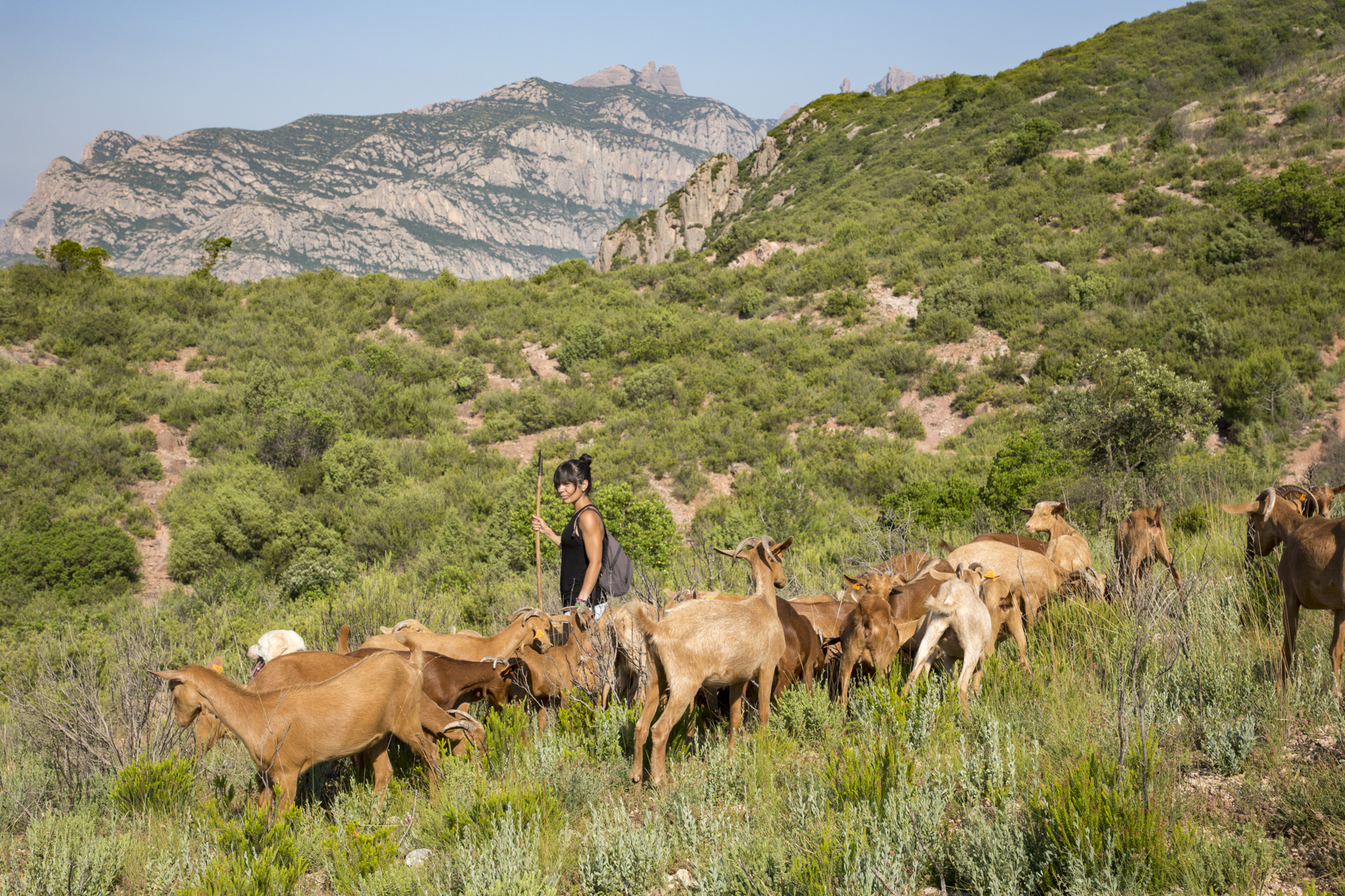 The project was designed to prevent fires and improve the biodiversity of a typical Mediterranean mountain environment such as Montserrat, through silvopastoral management practices.
Characterized by a long tradition of settlement and human use, Mediterranean forests have shaped and evolved in terms of ecosystems and landscapes through the combination of traditional agricultural practices, extensive livestock and forest management. The result is a characteristic landscape known as the Mediterranean agro-silvopastoral mosaic with a high level of biodiversity but also significant social and economic value.
The decline, down to the practical disappearance of traditional agricultural, forestry and livestock activities, has caused a marked abandonment of land management practices in the area, which has led to the continued and growing onset of unmanaged forest scenarios, to the detriment of fields and pastures. This scenario has little interest from a biodiversity standpoint and is prone to large forest fires, particularly in the current climate change context.