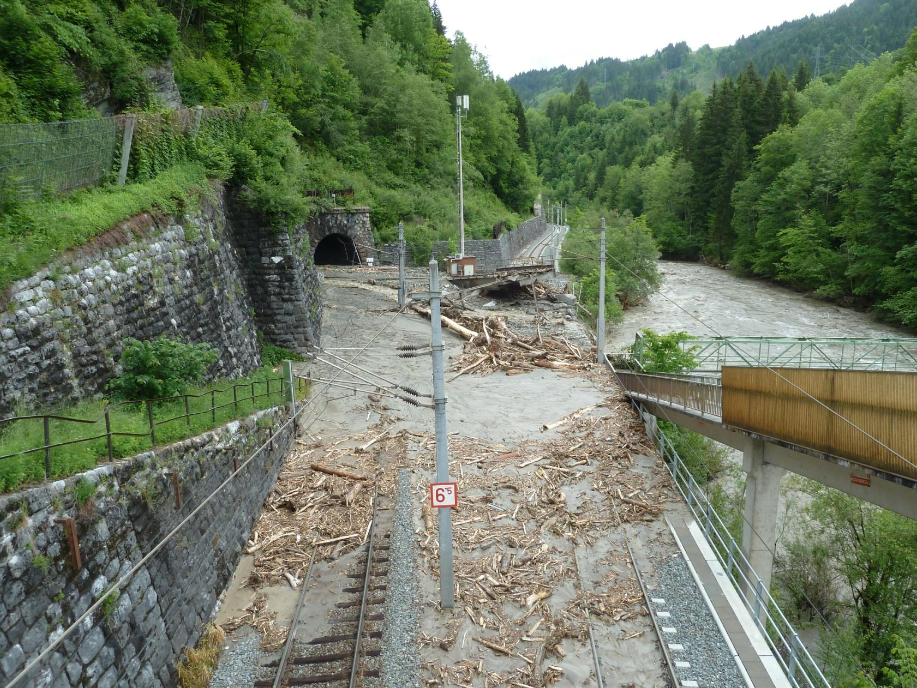 The railway transportation system of the Alpine country Austria plays an important role in the European transit of passengers and freights. Moreover, the Austrian railway network is essential for the accessibility of lateral alpine valleys and is thus of crucial importance for their economic and societal welfare. If traffic networks are (temporarily) disrupted, alternative options for transportation are rarely available. Due to the Alpine topography and the limited space available, railway lines often follow floodplains and are located along steep and unsteady slopes. This considerably exposes them to flooding and in particular to alpine hazards, such as debris flows, rock falls, avalanches or landslides. These events can cause substantial damage to railway infrastructure, pose a risk to the safety of passengers and are thus a great issue of concern for the Austrian Federal Railways (ÖBB Infra AG). In the future, the risk from Alpine hazards could increase considerably due to climate change. To address current and future risks from climate related hazards, the ÖBB Infra AG employs a combination of structural protection measures and a railway-specific weather monitoring and early warning system.