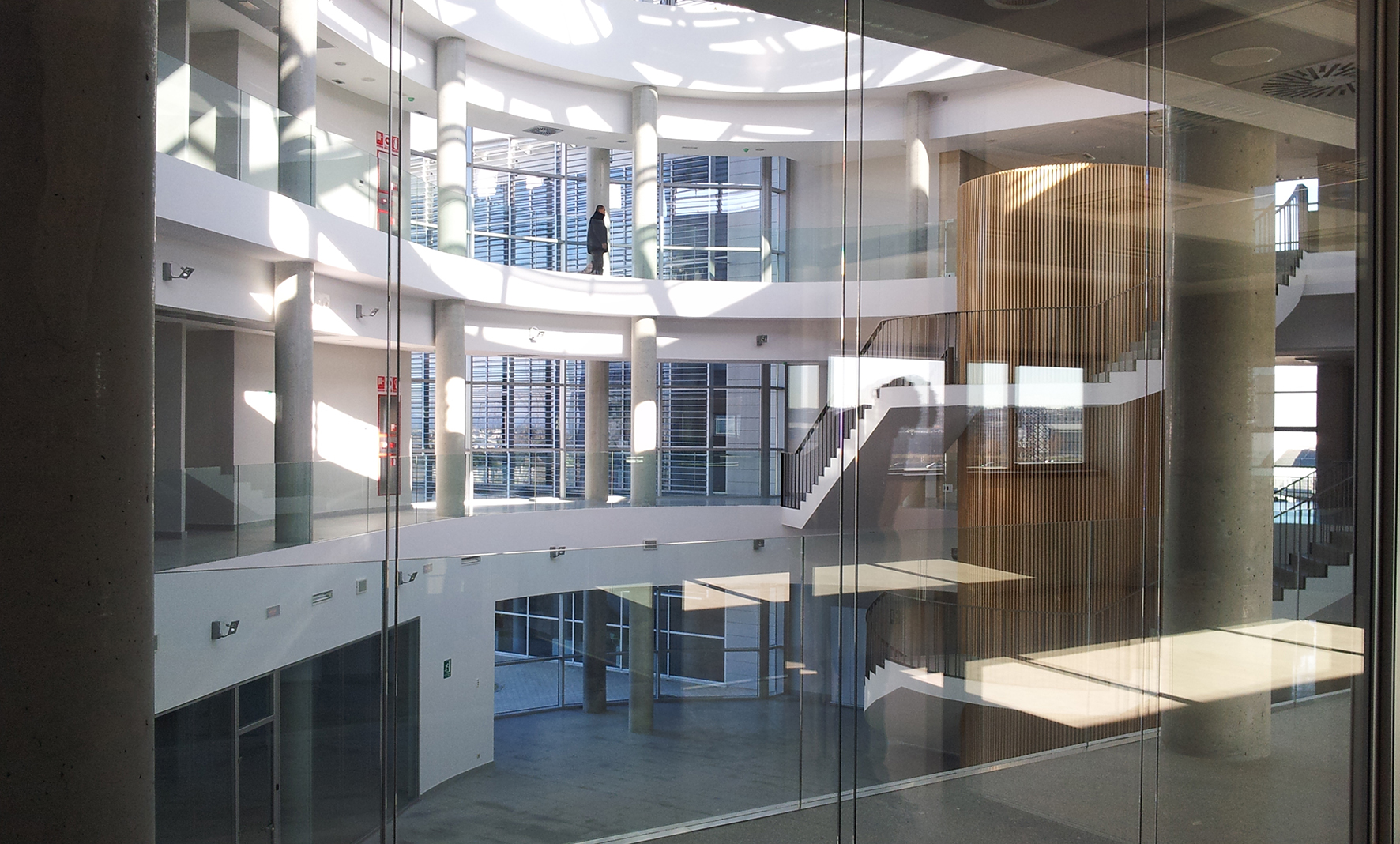 Climate change impacts are expected to strongly impact the Madrid region and include extreme heat in summer, water scarcity and occasional heavy rainfall.

In 2012, the new building of the energy department of the Madrid Institute for Advanced Studies (IMDEA) was completed. The building, located in Móstoles, 18 Km southwest from central Madrid, incorporates different climate change adaptation solutions. These measures often have a simultaneous climate mitigation effect. The building has been designed according to the criteria of bioclimatic architecture, in order to achieve low indoor temperatures during hot periods and minimise energy use for cooling and lighting. Climate change adaptation measures have also been developed with respect to water management. Water-saving systems have been implemented and all the water from the roof is collected to irrigate green areas or for other non-specified purposes. Not only extreme droughts, but also extreme rainfalls are taken into account; the parking has a permeable surface, which drains water quickly after the event. Climate mitigation measures focus mainly on energy efficiency, renewable energy sources and reduced energy consumption. In addition to make efficient use of available (renewable) energy sources, the building focuses on efficiency and versatility through its architectural structure. Resource efficiency during the building construction was another important focus of the project.