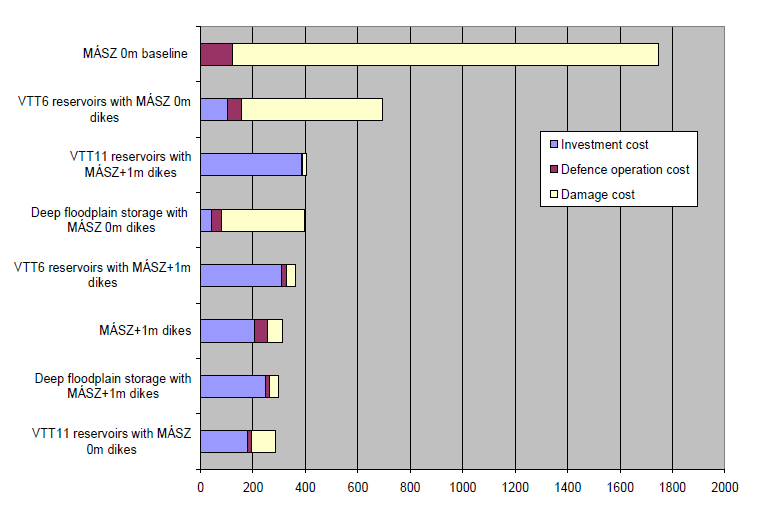 The increasing exposure to floods is a consequence of the river regulation and land reclamation works that shaped the landscape in the Tisza River floodplain. During the last 150 years an extensive flood defence and water management infrastructure has been constructed. Climate and land use change in the basin are increasing the frequency and magnitude of floods. The Hungarian Government has been pursuing a new flood defence strategy for the Tisza based on temporary reservoirs where peak flood-water can be released. A plan to build six reservoirs was adopted, with the option to build an additional five. This case study is based on the analysis of operational scenarios of the reservoir schemes, while some of the detailed assessment took place specifically in one of the polders, the Hanyi-Tiszasülyi reservoir.