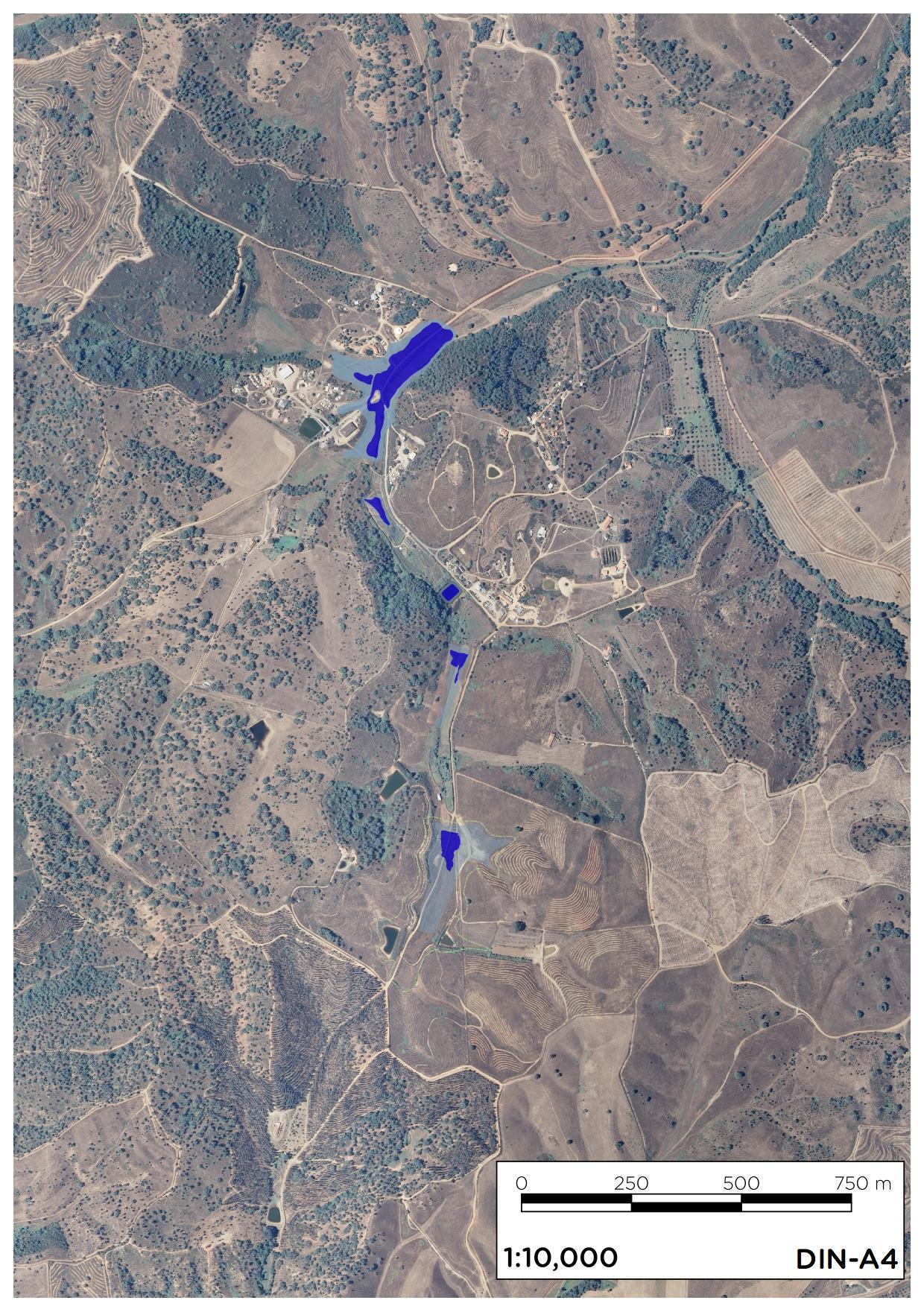 Tamera, a farm of 154 ha, is located in the most arid region of Portugal (Alentejo). This area has shown significant trends of increasing erosion and desertification. Only a few decades ago, the Alentejo was a region where the streams flowed with water all year round, even in summer. Today the streams swell only during the rainy season and afterward they become dry again. The system has fallen completely out of balance and climate change is expected to exacerbate the situation. Tamera has managed to counteract erosion and desertification through the creation of a “Water Retention Landscape” (WRL) comprised of a system of lakes and other retention systems, and also including other structures such as terraces, swales and rotational grazing ponds. This approach to water management has created a regenerative basis for autonomous water supply, the regeneration of topsoil, forest, pasture and food production, and greater diversity of wild species. Currently, the Tamera project is in a process of restructuring, mainly in the areas of education, finances and networking.