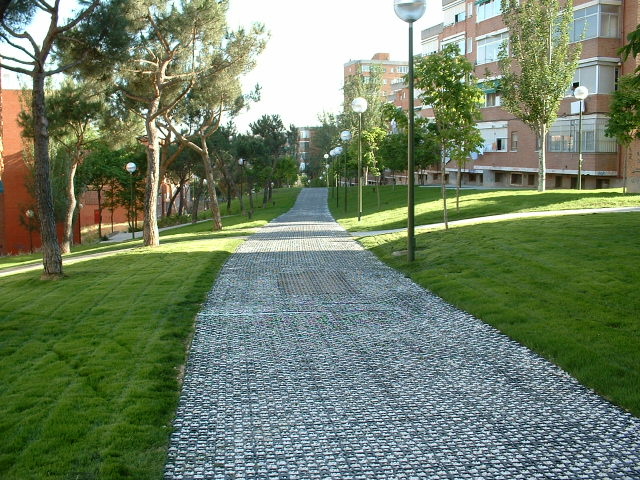 As a result of sloped topography and impermeable ground surface, the Gomeznarro Park in Madrid was affected by erosion during heavy rainfall events, and the surrounding residential areas suffered from flash flooding. In response to these problems, in 2003 complex works aiming at improving the natural drainage and rainwater retention were carried out in the park. These included replacement of impervious pavement with permeable surfaces, restoration of compacted soils, revegetation of the areas at risk of erosion and installation of underground rainwater collection system and storage tanks. These measures significantly reduced the problem of erosion and flash flooding in the area, reduced pressure on wastewater management system and established a more natural water cycle in the area. An additional benefit came from the increased moisture in the soil that also helps to mitigate the urban heat island effect in and around the park.