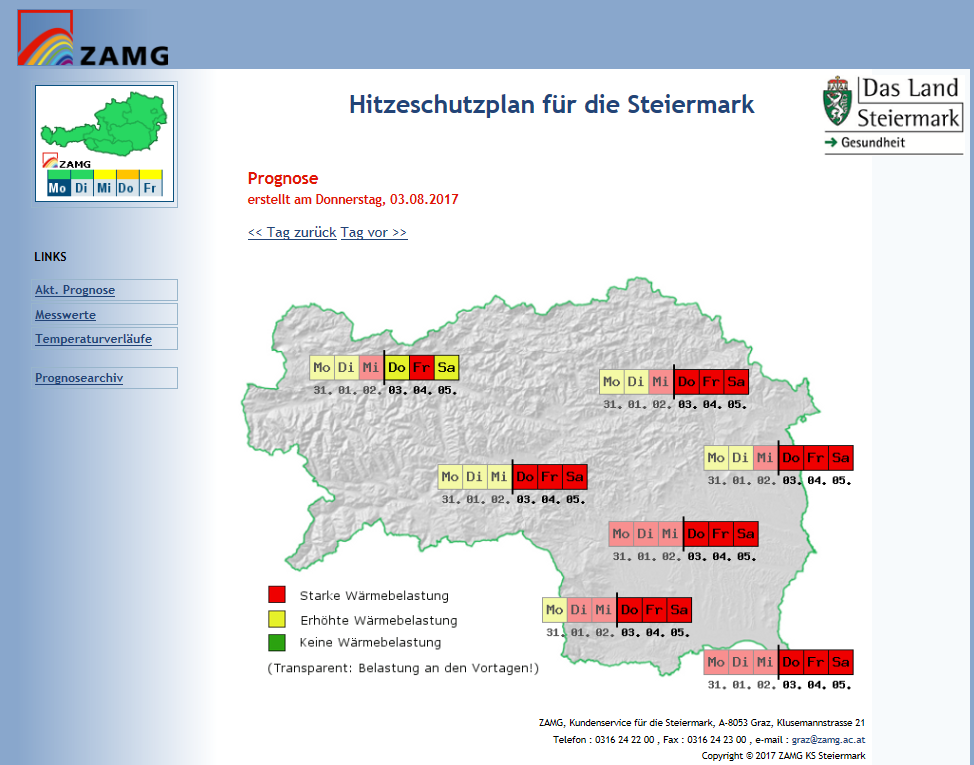 Evidence that increasing temperatures leads to increased mortality and morbidity is well documented, with population vulnerability being location specific. Especially the 2003 heat wave in Europe raised the awareness of negative impacts of heat stress on human health in Austria. Increased incidence of heat waves leads to an increase in heat stress, especially in urban areas; the intensification of the heat-island effect is to be expected. Following the 2003 heat wave, different Austrian provinces like Styria (2011) and Carinthia (2013) developed heat protection plans, based on recommendations from the World Health Organisation, which recommended to develop strategies, plans and packages of measures in order to protect citizens from heat stress.

These plans provide an information basis for public health services. Based on the experience from the two provinces, an Austrian heat protection plan, led by the Ministry of Health and Woman´s Affairs with involvement of several relevant actors on the national and provincial level was prepared and put in action in 2017. The plan sets out the connection between climate change and health as well as the meteorological baseline information for heat warnings, which is provided by the National Met Service (ZAMG). The information and warnings are directed to the citizen via a sound network of institutions and actors in the health field.