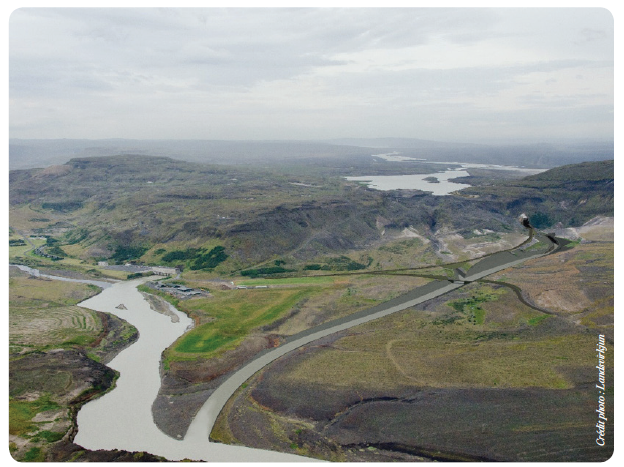 Iceland has 100% renewable electricity and heat system due to its abundant hydro- and geothermal resources. Despite the clear dominance of geothermal resources for house heating, hydropower plays an important role in Iceland’s energy mix, enabling Iceland’s electricity generation to be 100% renewable with 73% coming from hydro; 27% from geothermal and less than 0.01% from wind. The biggest hydroelectric power stations in Iceland are fed by glacial rivers. Over the last decades, increased flows and changes in the seasonal distribution of river flows have been observed. Further increases in flows are expected from melting glaciers due to global warming. Hydropower stands to gain from increased water flow due to climate change induced glacier melt, but reservoir management will have to be adjusted to account for this increased flow. Landsvirkjun, the national power company of Iceland, has included adaptation to climate change both in terms of management, but also in designing, updating and expanding its assets accordingly.