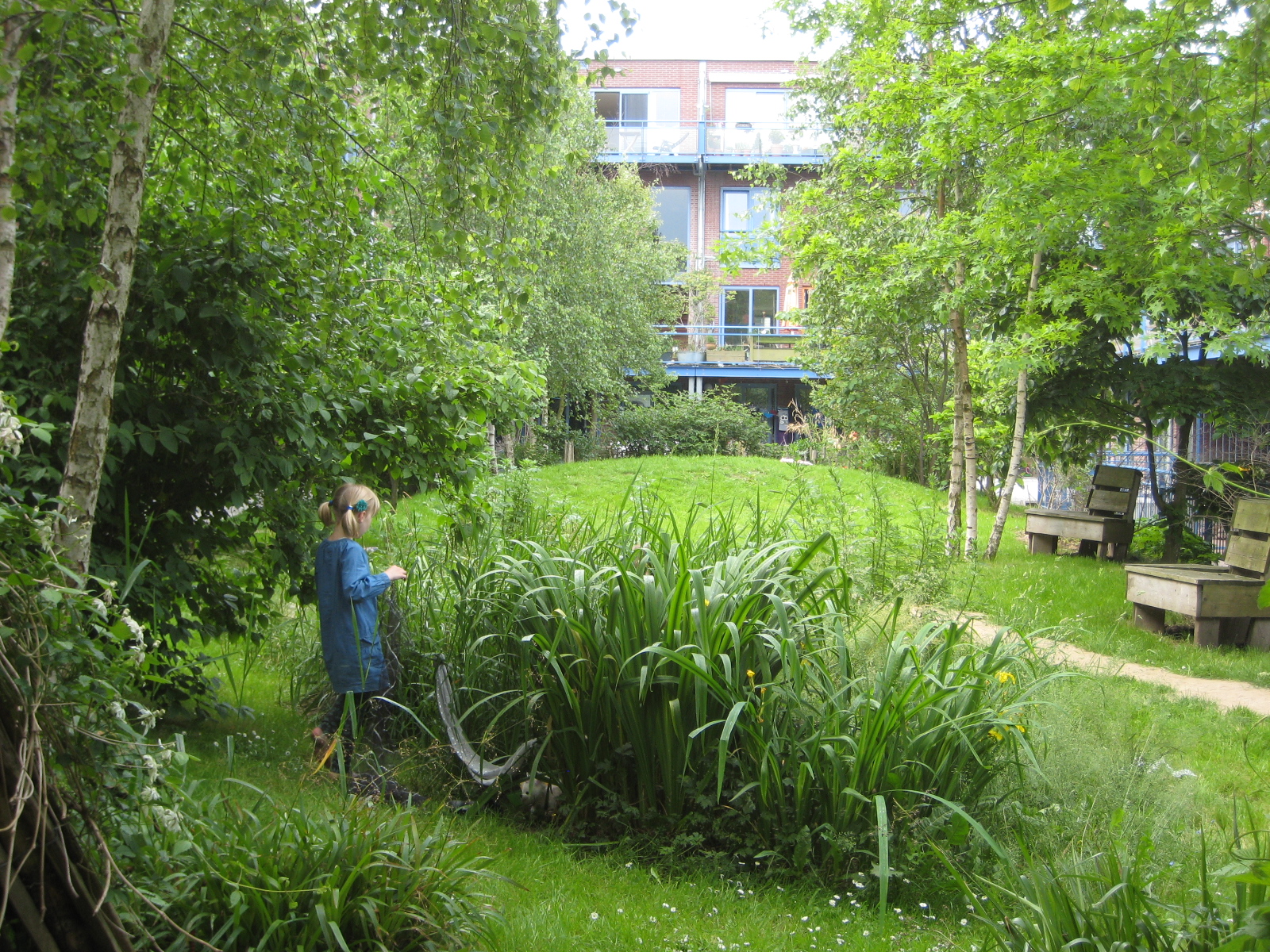 Vrijburcht is a multipurpose living-and-working complex in Amsterdam. It offers many shared social amenities for both the residents and the people from the neighbourhood. The heart of the complex is the courtyard garden with trees, a vegetable garden, lawns, flowers, benches and a greenhouse. The garden provides various solutions to the expected impact of climate change; it offers residents a cool environment during warmer summers; rain water is stored in underground tanks for irrigation in dry periods; the unsealed area permits maximum rainwater permeability. The complex was realized and financed through of a ‘collective private commissioning’.

Future residents jointly develop the project, which gives them maximum influence on the design but also includes carrying the risks related to the pre-financing and construction phase. The climate-proof courtyard garden was an integral part of the design of the complex and its features based on the wishes of the future residents.