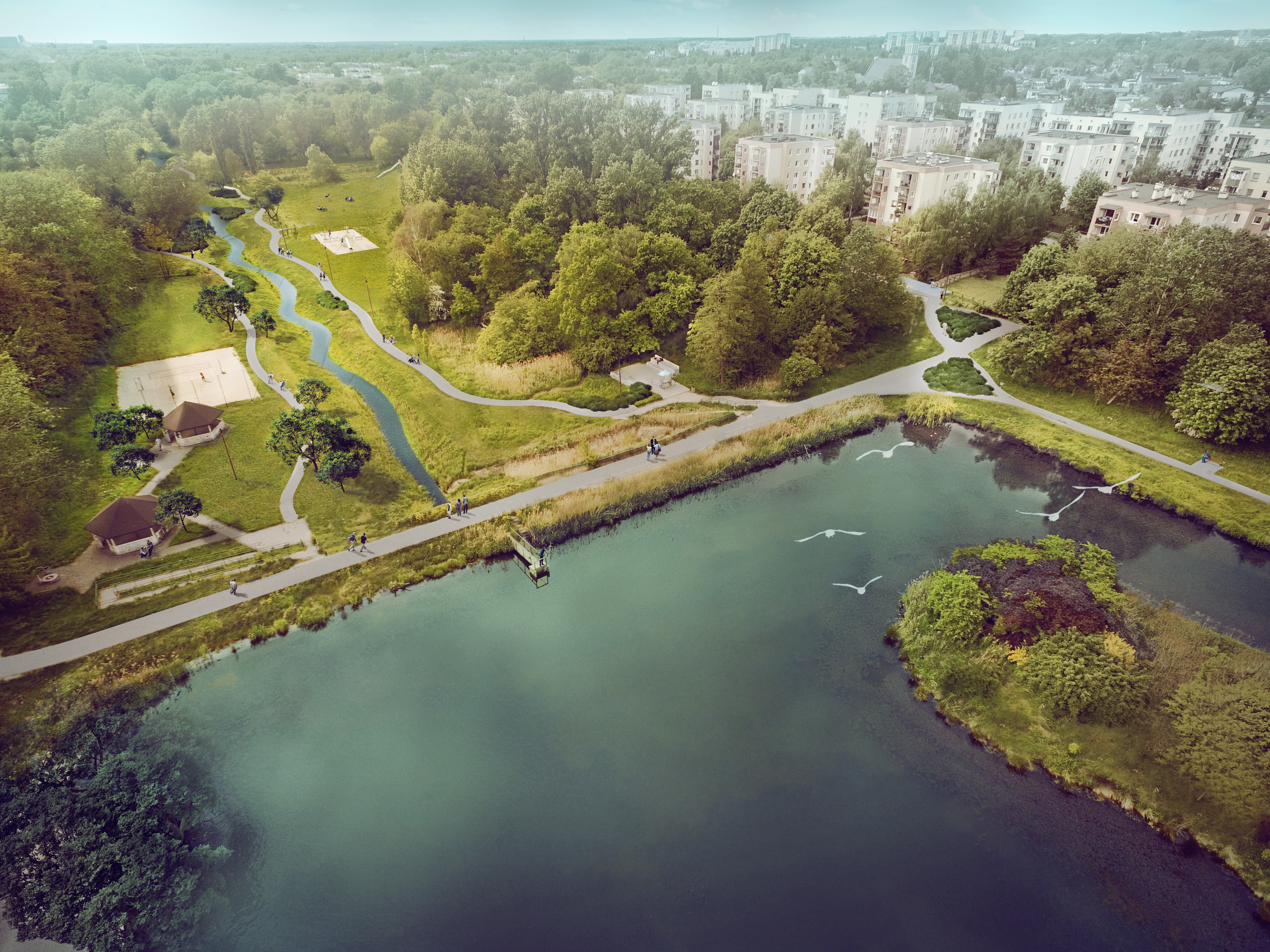 The 19th century industrialisation in Lodz heavily affected the city’s rivers, altering their ecosystems and hydrology. Many rivers in the densely built-up city were canalized. This resulted in a higher flood risk from runoff during heavy rain periods. Low water retention also implies reduction of soil moisture during dry spells, contributing to higher temperature and reduced air humidity (urban heat island). Based on climate change projections, it is expected that the intensity of heavy rain periods and higher temperatures will increase and exacerbate these problems.

In response to this range of issues, a demonstration project of Sokołówka river restoration using natural processes was carried out in Lodz as  part of the EU funded SWITCH project. A Blue-Green Network concept was piloted, aiming to improve urban ecosystem health, reduce flood risk, and ameliorate the microclimate, thereby contributing to better quality of life. The Blue-Green Network concept remains relevant in the city planning of Lodz and the multiple benefits of river restoration projects have sparked interest and action towards adaptation of the used technologies to new locations and development of green areas in connection to the water elements present in the city.