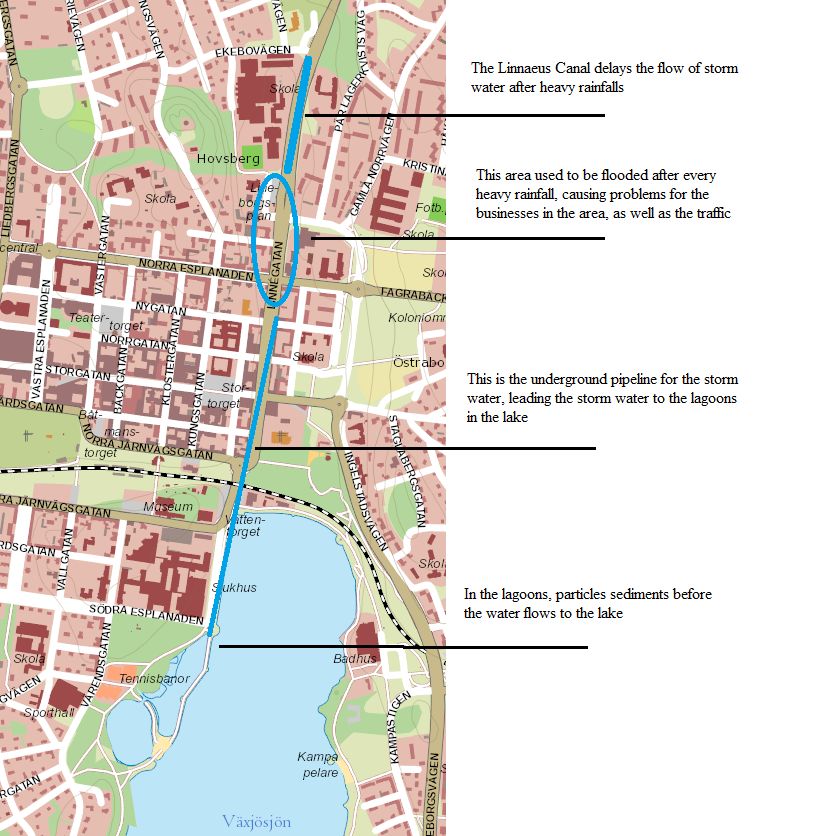 The City of Växjö is situated in the southern part of Sweden, surrounded by forests and lakes. As many parts of the central city of Växjö were built upon wet and swampy areas they are vulnerable to floods after heavy rainfall events. One of the most affected parts is the street Linnégatan which is built on a previously existing small stream and which is situated much lower than the surrounding built areas. In past years, rainwater often flooded the street and the nearby buildings’ basements and cellars.

At the end of the 1990’s, the City of Växjö restored the canal in Linnégatan, i.e. the Linnaeus canal, in order to prevent the streets and surrounding areas from flooding and to regulate the flow of the storm water to the Växjö lake. The canal and connected sedimentation lagoons are an example of how adaptation to extreme weather events and other environmental targets, i.e. the water quality of the Växjö lake, can be combined in one system of integrated measures.