Room for the River Regge, Netherlands - restoring the river dynamics 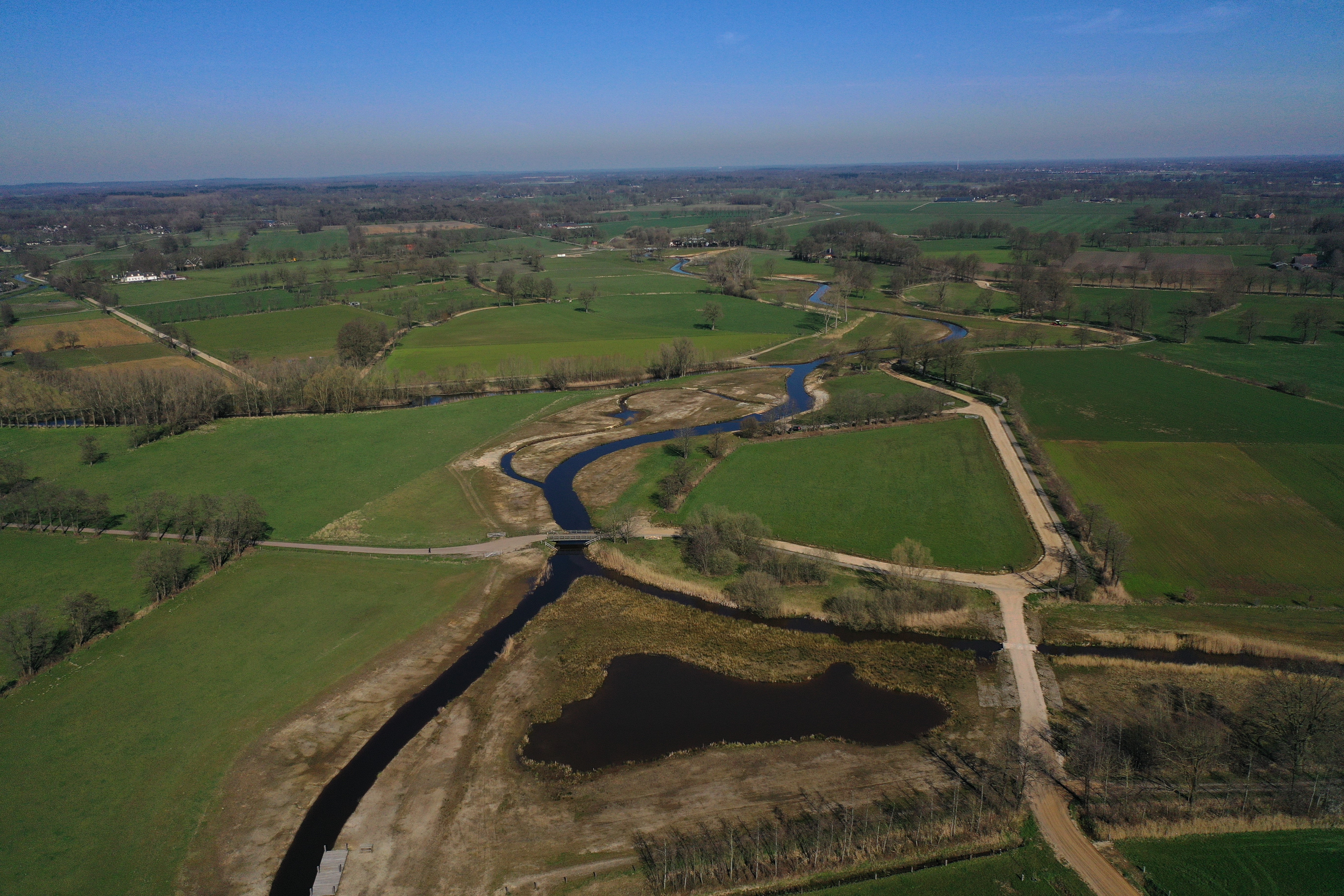 Historically, the Regge was a free-flowing shallow lowland river which meandered through a landscape containing marshes, wet meadows and sandy levees. To facilitate shipping, from 1848 onwards the river was straightened by cutting off meanders, and the river channel was deepened and widened. Dams were built to better regulate the river flow, and the floodplain was embanked to protect the adjacent land from flooding. In 1935, the river was almost completely canalised, reducing its length from roughly 70 km to 50 km. Most old meanders in the (former) floodplain were filled up to make room for agriculture. As a consequence, natural flow dynamics and associated morphological processes were lost and the flow velocity decreased substantially. In these conditions, heavy rainfalls caused flooding in large areas in the valley of the river. In dry periods, on the contrary, agriculture and the wetlands suffered from the lack of water. Due to these problems and considering that climate change is expected to aggravate them, in 1998 a re-naturalisation programme for the entire river, the ‘Reggevisie’ was launched by the local water authorities (Water Board Vechtstromen, formerly Water Board Regge en Dinkel). It aims at: (i) reintroducing river dynamics, (ii) creating more space for water buffering during peak discharges, (iii) facilitating nature development in the floodplain of the river, (iv) making the river more attractive from a recreation perspective. The programme is still ongoing and expected to be finished in 2025.