Restoration of the Oka River’s upper estuary, part of the Urdaibai Biosphere Reserve 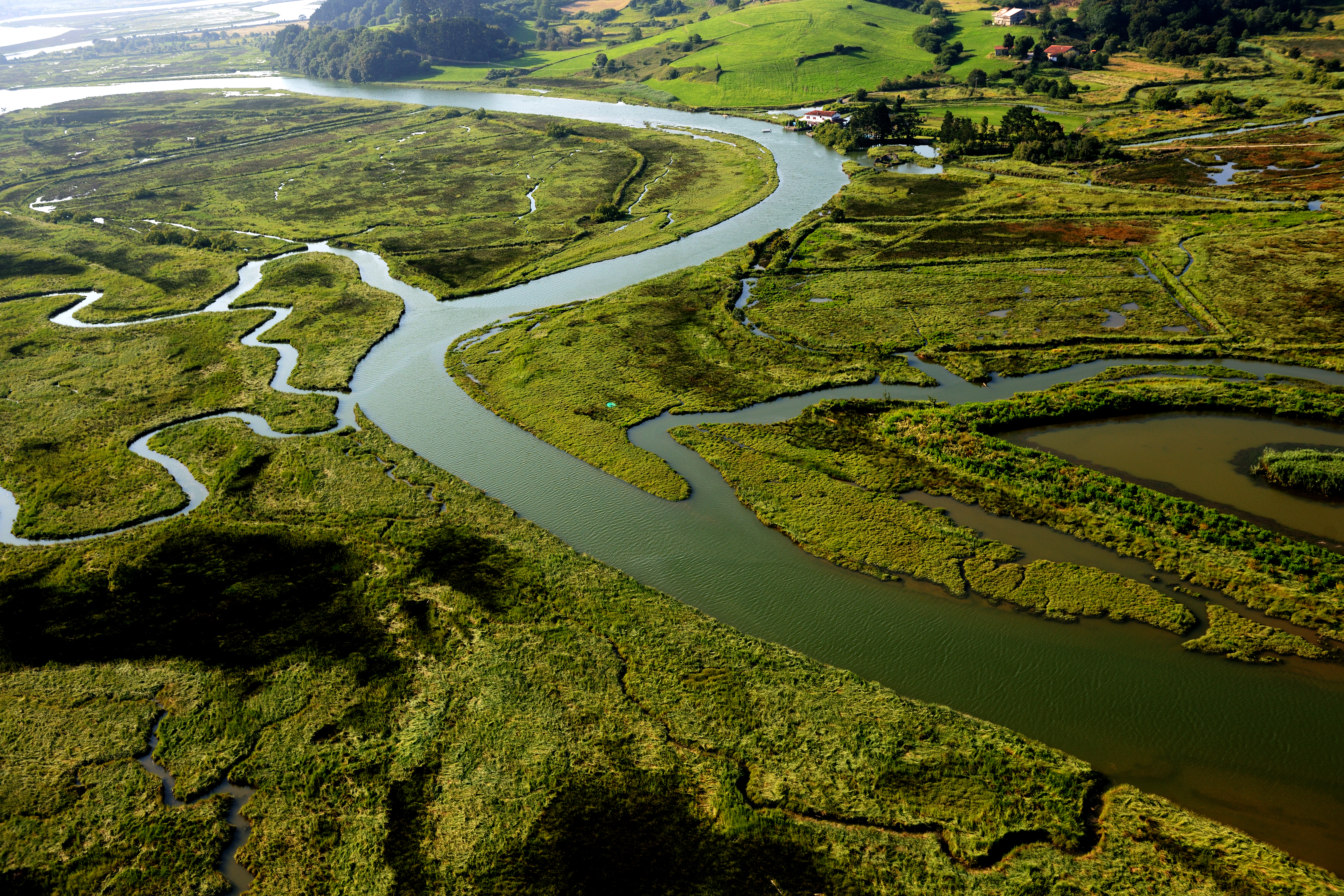 The estuary of the Oka River is located within the Urdaibai Biosphere Reserve, on the coast of Biscay, Basque Country, north of Spain. It is an area of high ecological value. Its landscape has been transformed over the years by human activities, as it has been inhabited since Prehistoric times. The most important activities affecting the landscape of the estuary have been agriculture, cattle rising and a shipyard. While the first two have practically disappeared, the shipyard activity is still on-going, although with less intensity than in previous decades. Some activities, such as the construction of a canal in the upper estuary, have led the ecosystem to lose part of its original functionality. The restoration of the upper estuary of the Oka River aims to recover some of the lost ecosystems functions.

Climate change will increase pressure on this fragile ecosystem. Temperatures are projected to rise and annual precipitation is expected to decrease, while the intensity and frequency of extreme rainfall events could increase. This will affect water regimes, increasing the river flow and the risk of flooding as well as the erosion of the basin, the flow of suspended sediment in the estuary area and the risk of clogging of tidal fluvial channels. Sea level rise and expected increase in the intensity and frequency of marine storms could lead to the erosion of the intertidal and supra-littoral zone of the beach, as already experienced in some areas, as well as to an increased erosion of the estuary marshes. The Oka River estuary cannot fully adapt naturally to climate change, in particular due to the presence of dams and other artificial barriers along its course. The restoration of the Oka River upper estuary seeks to improve its adaptation capacity by removing dykes and other typologies of barriers and recover previously existing marshland.