Nature-based measures against rockfalls over forests in the Engadin Region, Switzerland 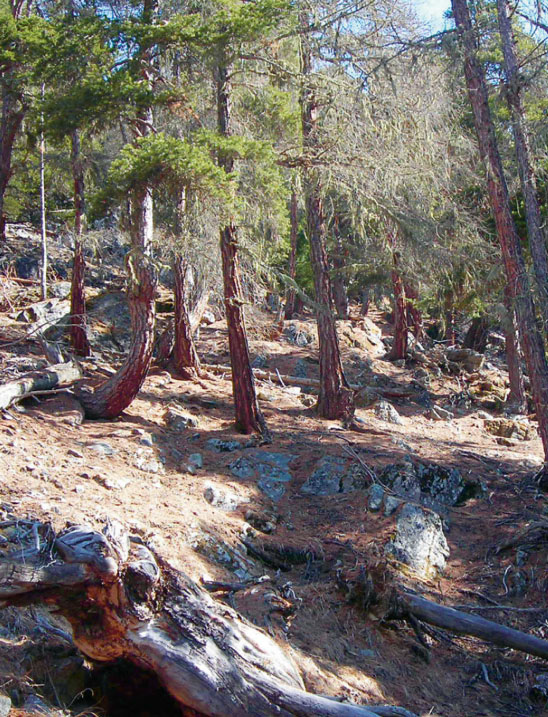 Forests can provide effective protection against rockfalls, landslides and avalanches; their preservation and proper management can maintain these services and functions which assume relevance also in the perspective of adaptation to current extreme events and future climate changes. The Protect Bio method enables the evaluation of these ecosystem services. The method aims to evaluate if technical protective (and expensive) measures (i.e. technical structures) need to be implemented in forests to provide protection against rockfalls or if forests can naturally prevent damages caused by these events.

The method was implemented in practice for the first time in a protection forest (i.e. forests which are maintained for protective functions) on the Fuorn Pass road in the Engadin region, Switzerland. The Protect Bio method enabled to promote the forest protection function as an effective adaptation measure to cope with natural hazards typical of mountain regions.