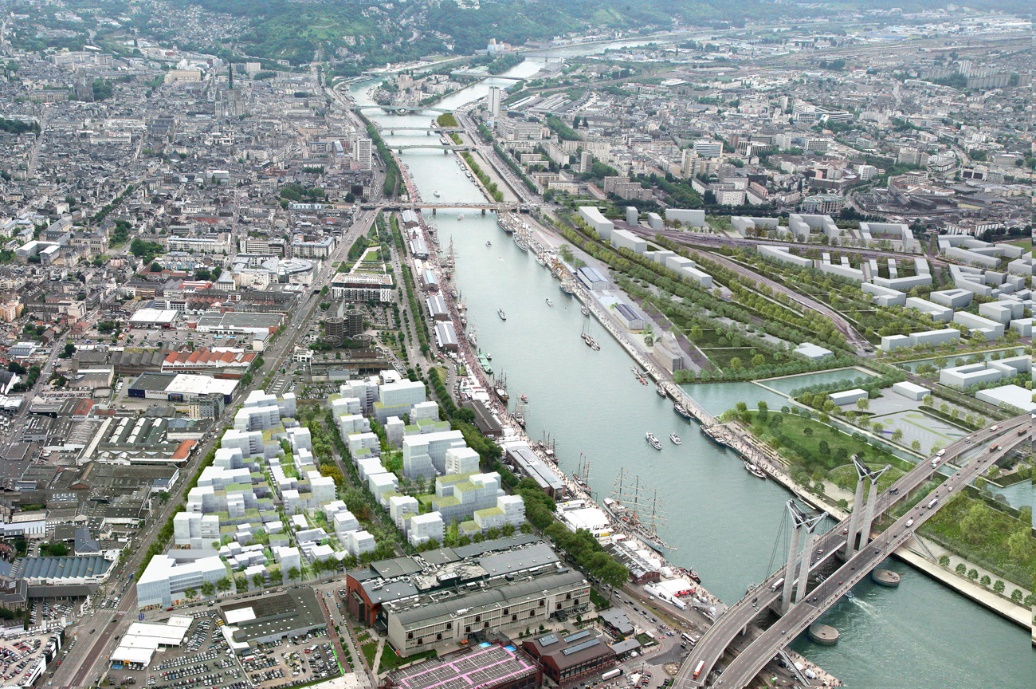 The former industrial area “Luciline” in Rouen, along the Seine river, has been profoundly re-designed into an ecodistrict covering 9 hectares in total and including both climate change adaptation and mitigation solutions. Sustainable living is the core principle of the neighbourhood re-design. Sustainability solutions are implemented in fields playing an important role in climate change adaptation and mitigation, such as energy, water, biodiversity, transport and planning. Measures include a system of small canals connected to the Seine river improving drainage of water from the built environment and open spaces, green areas and tree corridors, a heating and cooling system using groundwater (prior to its release to the Seine River), energy saving measures in buildings, improved access to public transport, easy accessibility of the area by foot and bicycle and compact building planning.

The project for the ecodistrict won a climate adaptation award (Trophées Ademe 2014 “Adaptation climatique et territoires”) and received the official ecodistrict label of the French Department of Sustainable Development. Additionally, the city of Rouen received the label “Territoire à énergie positive pour une croissance verte" from the Ministry of Environment. The development of the area is expected to be completed by 2030, after which “Luciline-Rives de Seine” will serve as a model for other similar operations locally and in the region.