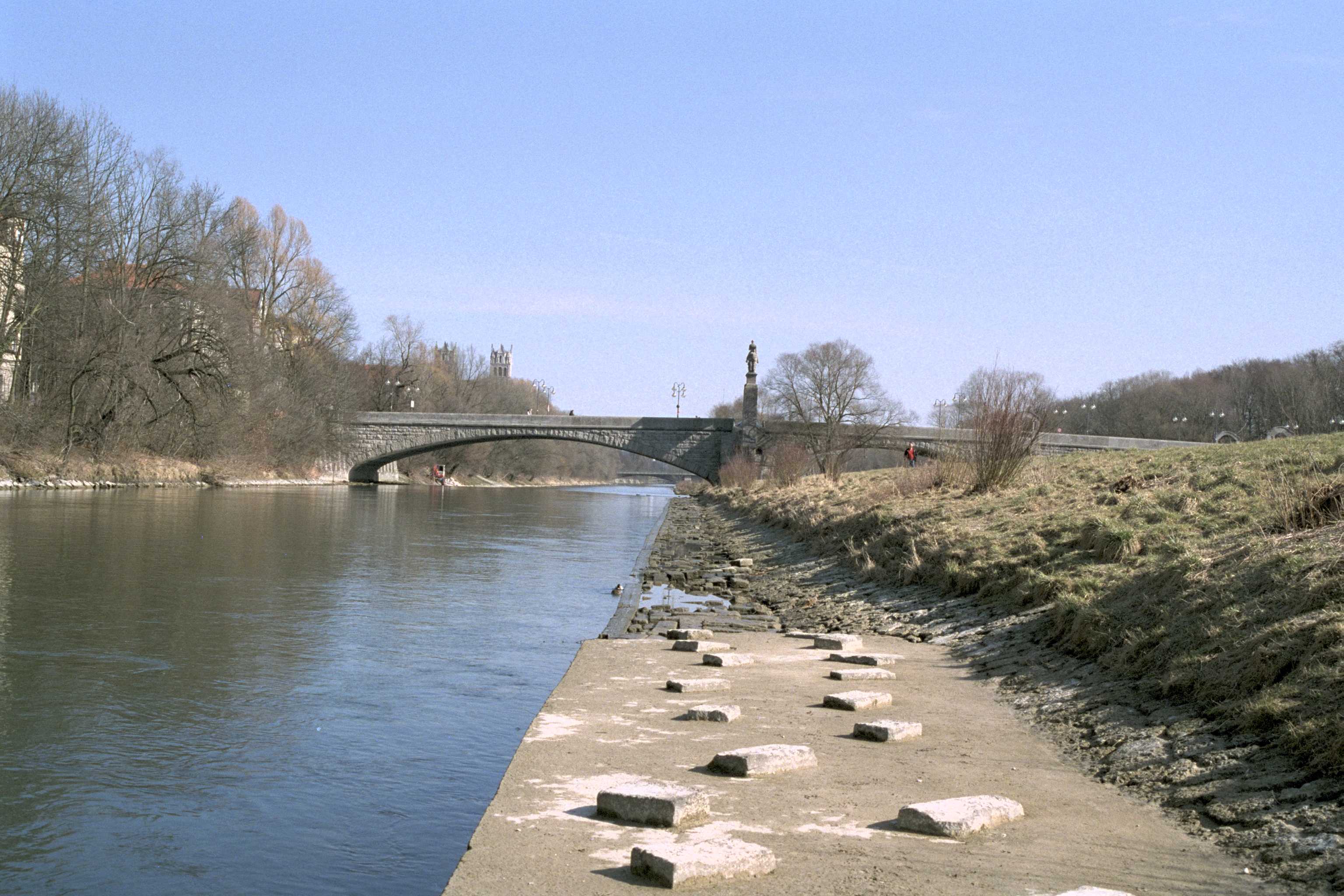 This case study describes the flood risk management plan and the related restoration of a formerly canalized eight kilometres stretch of the Isar river in the city of Munich (the so called “Isar Plan”). Still in the beginning of the 19th century, the Isar was a typical wild alpine river with wide gravel islands and sandbanks and a constantly changing riverbed. In the middle of the 19th century after repeated flooding suffered by the Lehel, Au and Thal districts in Munich, hydraulic regulation began, and the riverbed was canalized.

Main aims of the Isar Plan were to improve flood control, biodiversity, and recreational quality. In order to achieve these goals, the canalised riverbed was extended and the riverbanks levelled and redesigned to give them a more natural character: areas of shallow water and deeper pools, rapids and calmer areas of water were integrated. The existing tree population on the Isar’s dikes was maintained to the greatest extent possible. Flood control was improved by the enlargement of river cross-section, the elevation of dikes and the removal of sediments in the flooding area.