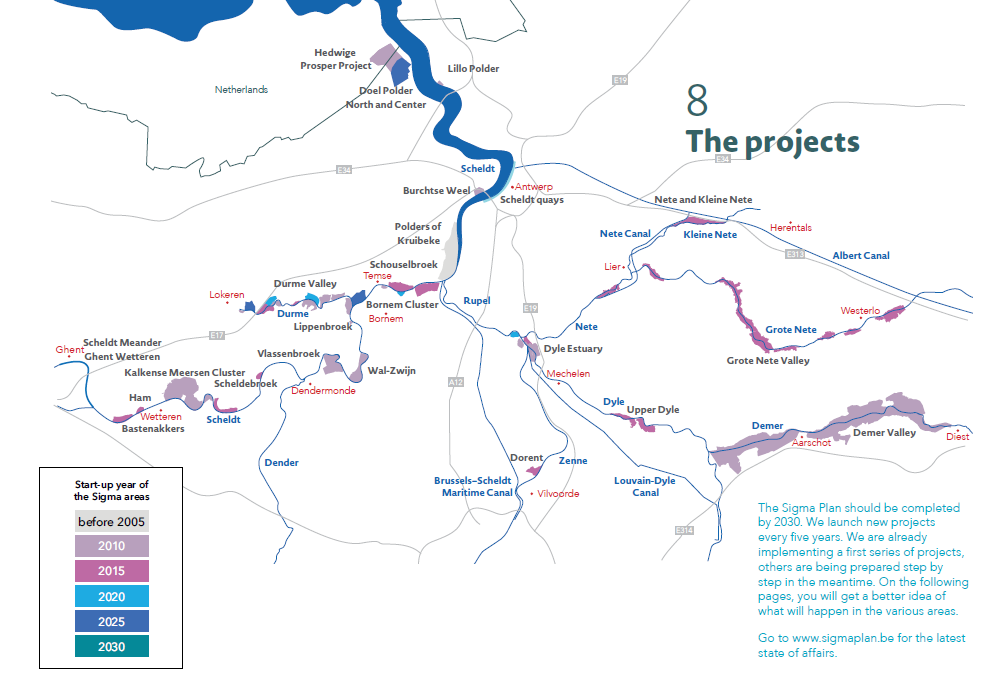 The Sigma Plan is an integrated flood protection plan that was firstly established in 1977, in reaction to a major storm surge flood in 1976. The Sigma Plan offers protection against storm surges as well as river floods caused by excessive rainfall. Its objectives also include nature protection.

The plan protects approximately 20,000 hectares of land in Belgium bordering the Scheldt River and its tributaries such as the Rupel, the Nete and the Durme Rivers. In order to achieve adequate protection, the plan combines ‘grey’ infrastructure measures, mainly strengthened dike protection, and ‘green’ measures in the form of a network of controlled flood areas.