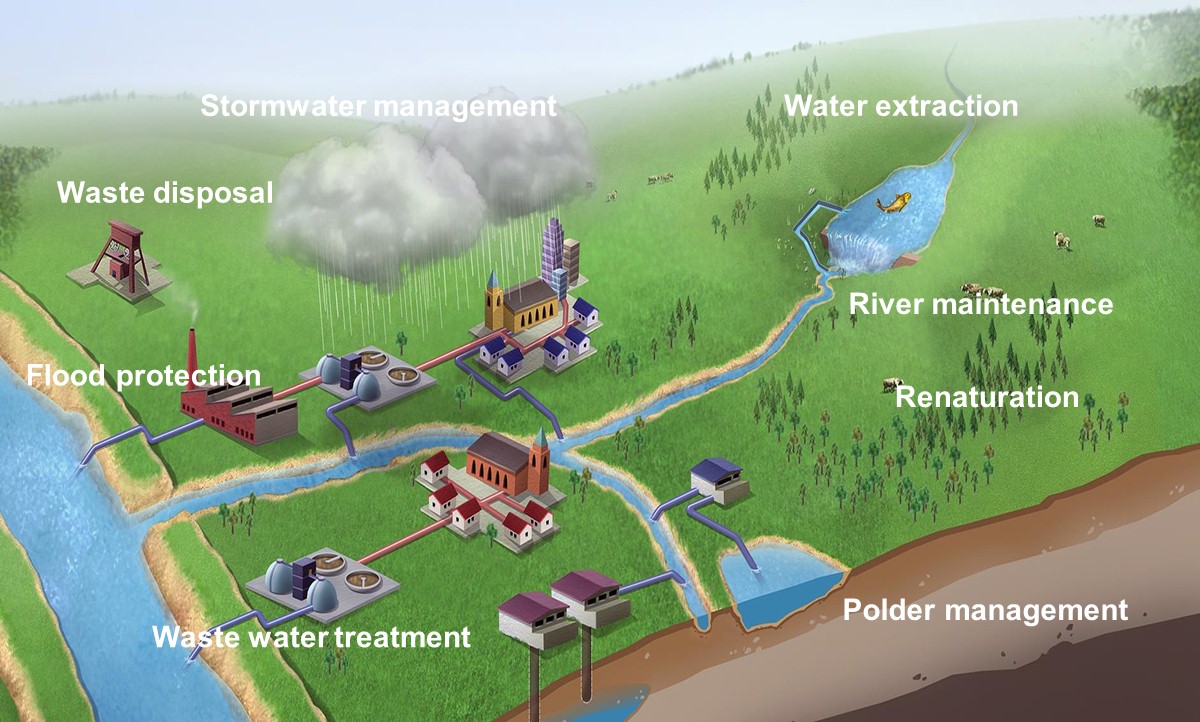 Over a century ago a sparsely populated landscape of water meadows was transformed into an industrial conurbation, and the untamed river Emscher, in the Ruhr area, turned into a man-made system of open waste waterways. Due to subsidence caused by mining, it was impossible to build an underground sewer system. Therefore, the Emscher and its tributaries were regulated and used to transport the wastewater together with rainwater on the surface. This made the Emscher simply a great open wastewater channel. With the decline in the mining industry, traditional heavy industry gave way to the services and high-tech industries.

In the 1990s restoration of the 85 km stretch of the Emscher river started, gradually creating the New Emscher Valley, also taking into account challenges of climate change. This large-scale project was meant to drive regional development, stimulating economic, ecological and social progress in the valley. This has been achieved by a social consensus and close cooperation among municipalities, companies and citizens. In 2006, the Emscher Roadmap 2020 including planning principles for a new revitalization project was published by the Emschergenossenschaft (Emscher Cooperative). Numerous measures of this roadmap have been implemented. Wastewaters have been channelled through closed sewers and the river and its tributaries have been converted into nature-like waterways. Gradually being developed with the help of several projects and the role of regional planning bodies, the valley comprises cooling green spaces, areas for flood control, recreational areas and a network connecting different habitats. Therefore it enhances the quality of life in the Ruhr metropolitan area also under future climate conditions. Strengthening the green infrastructure network and changing water management, the Emscher Valley has successfully started to improve its capacity as carbon sink, to create a more favourable microclimate, to reduce flood risks in case of heavy rainfall events and to achieve a more balanced water cycle in times of dry summer periods.