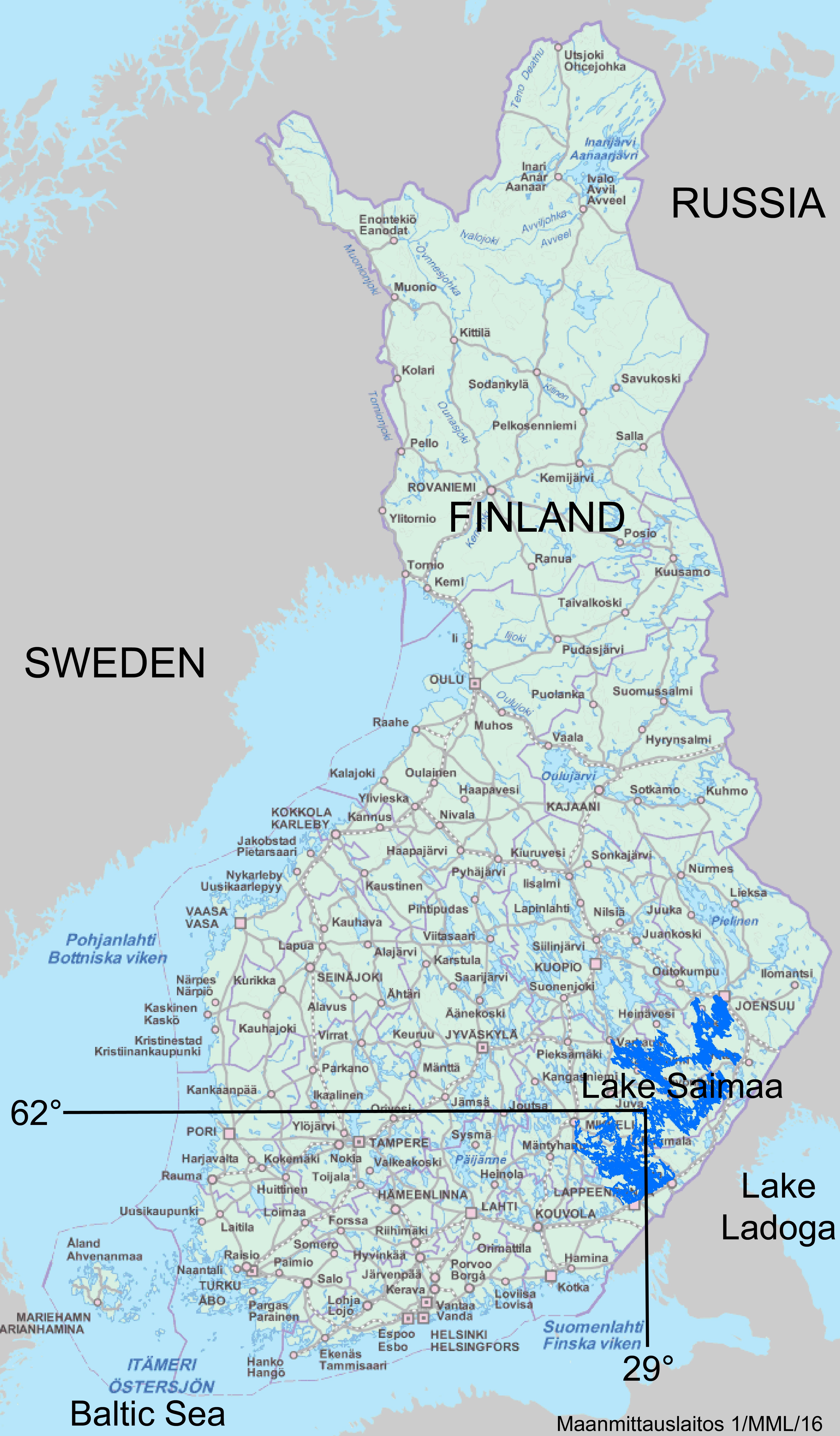 The Saimaa ringed seal (Phoca hispida saimensis) is an endemic sub-species, a relict of last ice age that lives only in Finland in the fragmented Saimaa freshwater lake complex. Nowadays the population has only about 360 individuals, which poses a threat to its survival. This land-locked population is threatened by varied anthropogenic factors, such as incidental by-catch mortality, habitat loss and climate change. The breeding success of the Saimaa seal is dependent on sufficient ice and snow cover, because the seal digs its dens in snowdrifts where it gives birth and nurses a pup. Therefore, global warming poses an increasingly serious long term threat to this arctic seal. A Finnish national conservation strategy and action plan for the Saimaa ringed seal was adopted in 2011 in order to improve the conservation status of the sub-species.

The LIFE Saimaa Seal project, running from 2013 to 2018, promotes the safeguarding of the Saimaa seal and the efforts to reach a favourable conservation status of the sub-species. The project implements the Saimaa seal protection action plan, drawn up under the leadership of the Ministry of the Environment and in broad-based cooperation with key stakeholders. One of the most important measures related to climate change was the creation of man-made snowdrifts in winters 2014-2016 to improve the seals breeding habitat in poor snow conditions.