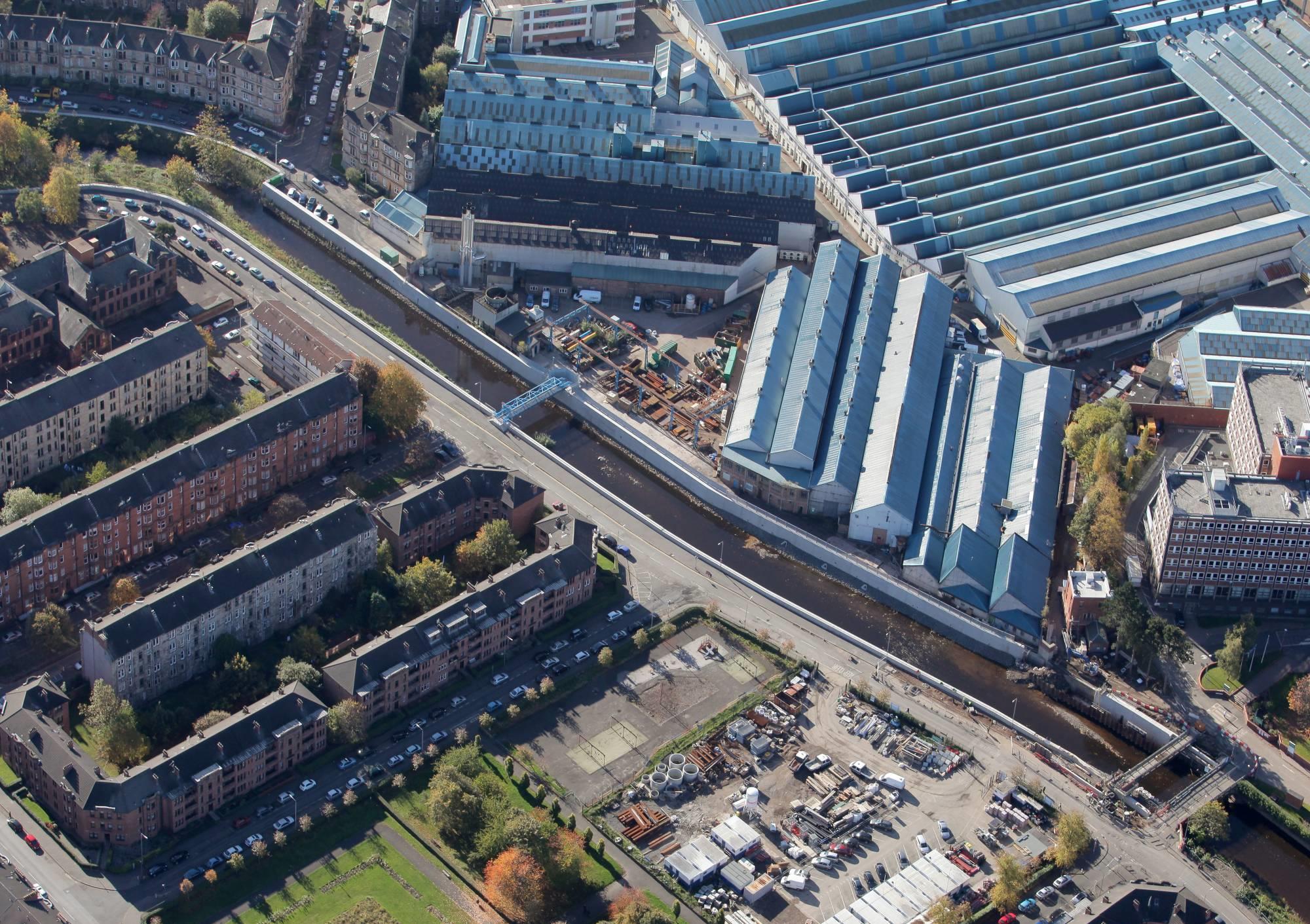 Normally a shallow river, the White Cart Water was prone to flash flooding. Its water levels can rise by six metres after just 12 hours of rain, which threatened vulnerable Glasgow suburbs downstream. Public awareness of such flooding risks in the 1980s and 1990s, and projections of more intense periods of rainfall made devising a flood prevention scheme a priority for the Glasgow City Council. In 2006, the scheme for the White Cart Water and its tributary (the Auldhouse Burn) promoted by the city council in 2004 was approved by the Scottish Government and became Scotland’s largest flood prevention scheme at that time. It includes the construction of three upstream water storage areas outside of the city and a suite of downstream measures within the urban area such as low walls and embankments. Future climate change risks were taken into account and the flexibility of the design of the upper catchment storage areas allows other storage areas to be introduced to redress the balance caused by the effects of climate change in due course.